Cameras That Professional Photographers Use

Amateurs can buy devices that aren’t DSLR, but they will have to upgrade to DSLR if they want to go pro. All of our photographers use DSLR because they are reliable. The cost of such devices is too much for anyone who isn’t a pro.

This beast of a camera costs over 3200 dollars, and it’s worth every one of them if you are a pro. Several of our photographers use this device due to its fantastic shutter speed as well as high resolution. It is the ultimate DSLR device at the moment, and it will stay so for a while due to its advanced settings and tech that it has.

It has massive 45.4MP sensors that accentuate even the smallest details. It also has an excellent noise performance even in situations where you have to use high levels of ISO. It also comes with 7fps burst shooting option that is followed by a plethora of advanced features every photographer will like. If you want the best on the market, then this is a device you should buy.

Canon was always known as a manufacturer that brings high-quality products to the market. 5D is the flagship series that introduces tech other companies copy to keep up with them. Mark One of this series was the first device that introduced full-frame photography to people. The second model introduced HD video capture option on a DSLR device.

The third model from this series is widely praised for its performance. This made it the favorite among pros. The majority of professional photographers owned at least one device from this series. Many of them used Mark 3 due to its superiority to the competition.

Canon EOS 5D Mark IV is an overall improvement to the previous model. It brings the old model up-to-date with the upgrade of all existing features and addition of some new things. It doesn’t perform as well as Nikon D850, but it is still a device that is worth buying. The price of this model is just over 300 dollars, which isn’t much considering what this camera can do. 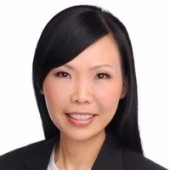 A Short Guide For Amateur Photographers

Camera – Understanding The Tool Of The Trade

Exploring The World Of Photography Styles

5 BEGINNER PHOTOGRAPHY MISTAKES + How to Solve Them!